The Red Record, named after Ida B Wells' effort to document racially motivated homicides at the turn of the 20th century, is a podcast series covering the case files of the Civil Rights and Restorative Justice Project.

Part I: The Voice of Firestone

Part II: What is Justice? 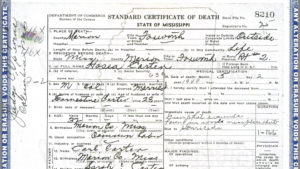 In the United States between 1930 and 1970 there were thousands of racially motivated homicides, a brutal continuation of the gruesome murders that African Americans had endured for decades before, even as the Civil Rights movement began to stir. Many of these homicide cases are cold cases, left unsolved and, too often, forgotten. Margaret Burnham joins Dan Cohen, host of the What's New Podcast, to discuss her participation in the Civil Rights Movement, career as a lawyer, and the development of the Civil Rights and Restorative Justice Project.

Watch Murder in Mobile: A Documentary Film About Race, Murder, and One Family’s Search for the Truth 70 Years Later

This project was created using the CERES: Exhibit Toolkit with help from the Digital Scholarship Group at the Northeastern University Library.